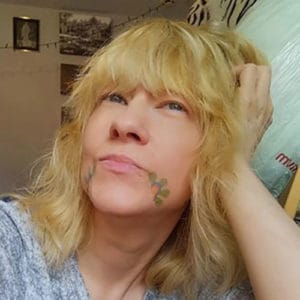 I just yelled shark didn’t I? Didn’t mean to name drop but…oh I cannot tell a lie. Yes I did.

Sitting here with my bone broth drink in the early hours of the AM after just having finished off some burger patties and fed Logan and now settling in to chat with all of you! I have switched up my timezone for blogging as mornings will be just easier to get round me thinks (meaning I am ACTUALLY awake Lol) So…now that I have your attention–gather round and have a seat and let’s get started…

We are talking bout…CANVASES-What up with that? I mean…what are they and where did they come from?

Canvases…the object itself…can be anything you deem a surface worthy of creating on. From the wall in your living room…to the gas tank on a Harley…to your best friends face on prom night. Yes…putting on makeup applies here. Faces are deemed as a canvas just as much as anything else you go from start to finish on in the creative process.

But…where did actual canvases come from? Well…if I wrote out every single detail this blog would be 9000 pages long–so here be the cliff notes Lol

Back in the day before the day….people used other things for painting and creating on. Cave walls if you want to go WAY back. Zoom forward a few million yrs and we have flat wooden panels made from mostly Oak for it’s durability and strength, as wood…especially since flat board of any sort can and does warp. Also things like cow hide or vellum that was cleaned and prepared painstakingly and then stretched over a wooden frame..but this got to be a pain in the..hide…as cows back then were super expensive on a poor man’s wage and by the time you treated the material…you didn’t feel like painting anymore.

Also during this time painters got creative and developed Fresco and Sicco paintings. There are various degrees of both styles of paintings…but the skinny on it be that for a Fresco painting one applied dry pigment powder (which you can still do to this day) to wet lime plaster. Then as the plaster settles and dries the paint becomes one with your surface. Only problem was and is…that some pigments don’t play well with this method and refuse to show up like Azurite Blue or Lapis Lazuli. In that case the Sicco method was applied over top–hence the birth of the mixed media artists!

The Sicco method was to apply the pigment to the surface when it was dry using a binding medium like egg or glue or oil to make the color show up. Some paintings were done entirely in this method.

There were …it has been said…fresco style paintings found dating back as far as 200BC in India….so people have been getting inventive and creative since the beginning time. ‘THE CREATION OF ADAM’ Done on the ceiling of the Sistine Chapel by Michelangelo between 1505-1512 was a fresco painting And while these precious works of art do stand the test of time with a little help and TLC…sometimes they didn’t. Specially flat wooden panels and things like cardboard which is a surface used oft times in places like Africa today which will deteriorate and break down.

Now…moving on up to the 16th Century! And we have the Italian Renaissance…which is actually the time frame when canvas canvas came into play. The word ‘canvas’ in Latin translates to Cannibis (if you have access to one of these please do not smoke it Lol) and was made from tightly woven Flax Linen or Hemp. This material was brought into play by the Venetians as they were famous for their navel fleet and this was also used for their sails on their vessels. So it was readily available. This material came on a roll like the loose canvas of today and when stretched over a frame produced a very thick skinned painting. It started replacing other materials as it was easier to transport and the effects of cracking on a painting were minimalised greatly.

Flax Linen was a more costly choice and only the most productive artists could afford it as one canvas would cost a week’s wages. Hemp was the cheaper alternative but still expensive.

Now you might be thinking…what up with the clickbait? Van Gogh? Where he at? Right here my lovelies…those artists who could not afford at the time canvases costing round $1200 like Rembrandt…became innovative and used…that’s right… bed sheets! Van Gogh used this tactic but alas if not treated to the extremes…the oil in the paint will rot the material and sadly only bits of these works of art have been found. You can…if you choose try it yourself if you gesso the crap out of a clean sheet and go to town painting…I assure you the artists from days gone by will be totally thrilled!

So then the canvas boom took off! When the people of Spain saw what fun the Italians were having with these things they started using them too! Artists were paying tribute to the invention of the ‘canvas’ as seen in Diego Velazquez’s famous painting- ‘Les Meninas’ where he incorporated a canvas into the scene whilst painting this for a wealthy client at the time.

By the 17th century Northern Europe was using canvases over most other choices for their artwork. China and Japan were creating silk embroidery art on their canvases which you can also do to this day.

By the turn of the 19th century…cotton duck had been developed as a much cheaper substitute for the canvas. Created with a plain weave of various degrees of tightness and then stretched over a wooden frame or board and fixed securely. Gesso is then applied to ensure that the oil in the paint will not come into direct contact with the material causing it to basically rot away. With the invention of the mechanical loom…prices on canvases dropped even more as by then the linen canvases were becoming obsolete due to the development of steam ships over sailing fleets. So the material was not always at hand.

The only major differences between the cotton canvases from then to the ones we have now…are variety. Different sizes and shapes. There be gallery style… regular style…flat…mini…triptech (a series of painting excerpts done and hung side by side to create one large painting)…canvas pads…loose canvas….oval…octagon…round canvases as well. And as always there be other means to create…like wooden panels which have changed shape over the years and are no longer flat anymore but resemble gallery style canvases…as well as glass…tattoos are created on a body canvas…cars…motorcycles and such are all canvases for works of art…ceramics and pottery to be created and painted on…the list goes on and on…or…you could go and grab yourself a bed sheet!